Why the Dimmer Switch Gets Hot 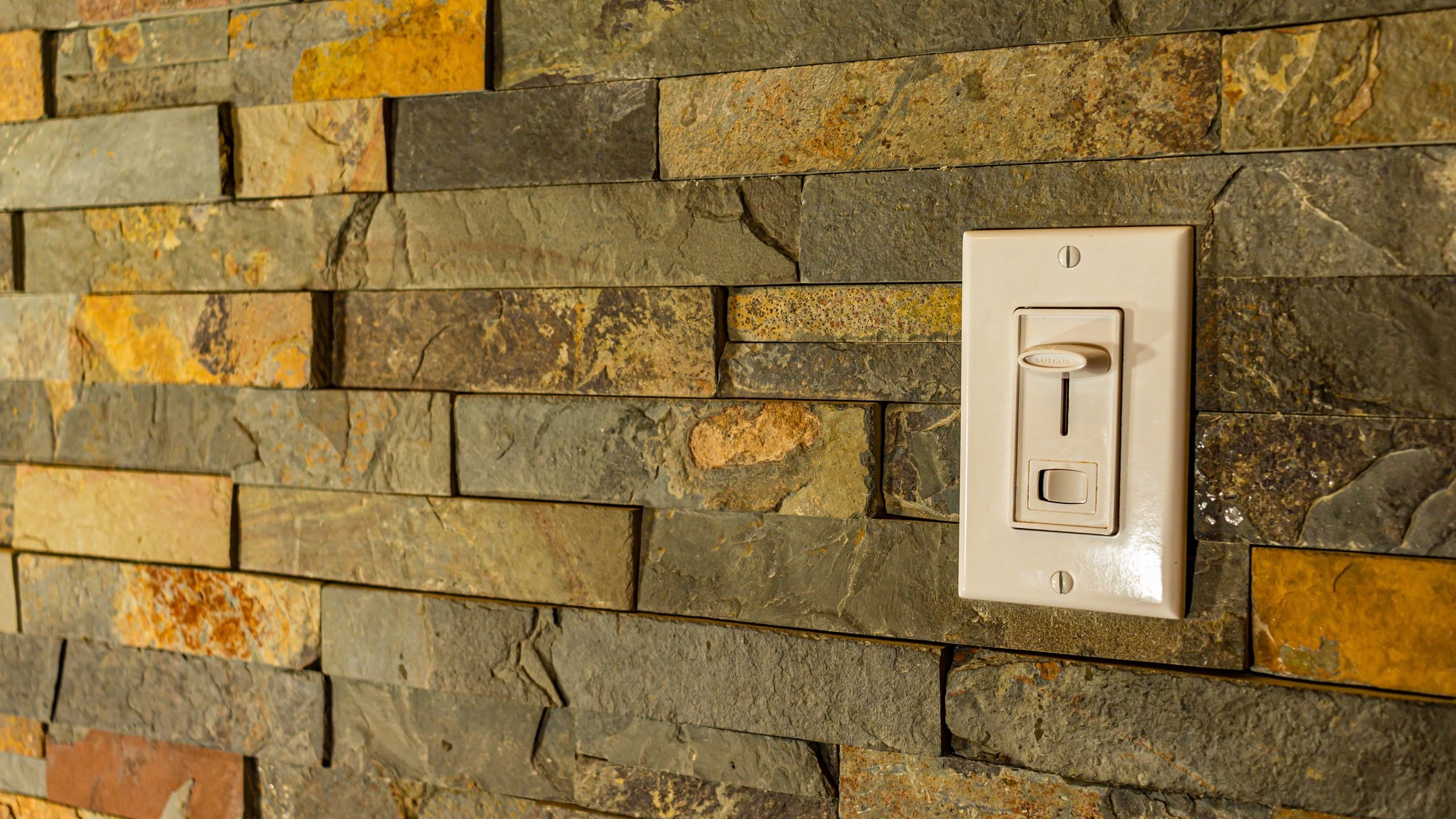 Dimmer switches are very common in homes as it is nice to be able to control the brightness or the dimming of light in a room.  Have you ever walked next to one and felt heat coming out or it was warm to the touch?

These switches have a certain wattage that they can handle.  So why does the dimmer switch get hot? If the wattage that it controls is more than that amount listed under the cover plate, then it is overloading, hot, and a fire hazard.

Lets take a look at what dimmer switches are, locations, wattage, how to pick out a dimmer switch, other information and general instructions to install them (if you are interested).

What Are Dimmer Switches

These switches have become very popular in homes over the years, as they allow the homeowner to lower the lighting in rooms.  They are energy efficient and allow the setting of the mood for the room.  However, they are not good for every type of light or wattage.

Bathrooms are a nice place to have a dimmer switch.  Going into the bathroom at night or early in the morning, you don’t want to wake others.  The dimmer switch allows you to have enough light without others being blinded by the light.  In addition, the dimmer switch is great for taking a nice bath as it makes the bathroom calm and inviting.

In addition to bathrooms, bedrooms are nice for dimmer switches as they allow the body to wind down and get ready for sleeping. Using natural light from outside is a great idea to help with keeping the electric bill down and a better light source in general.

The kitchen is a great area to use dimmer switches.  Many people have lights over their island and do this so it sets the room apart from other rooms.  Lights over the eat-in kitchen or breakfast nook are a good idea as well.

Having dimmer switches can allow you to have a little light in those areas, but not too much that goes throughout the whole room.  A little light at nighttime as well can allow people to use those areas and not have a light blinding everyone else.

Even though many people leave a light on in the bathroom so you can see where you are going, another place that is nice is the hallway.  Moreover, this allows people to use these usually dark areas without a bright light shining into a baby or guest room.

Some people like the feel of a movie theater in their living room and this type of switch does the trick.  It can provide just enough of a little light so that people can move around but still enjoy the ambiance of the room.

Some people will use a dimmer switch in this area when they need a little light on for others outside in the evenings or early morning hours.  However, many people use floodlights now as security and they come on when someone is on the property.

Wattage for Dimmer Switch so it Doesn’t Get Hot

Next, take the cover plate off the dimmer switch and look in the bottom right for the number of watts allowed. In the picture below, it is 600 watts.  If the watts of the bulbs together are more than what is allowed, then there is too much hooked up together.

If the wattage is too high, either you need to change out the wattage of the bulbs or replace the dimmer switch with one that can handle the higher wattage.

The middle of the switch pictured below also says it is for use with permanent dimmable bulbs only. You will want to pay close attention to the dimmer switch label and its limitations when installing.

Some people (and professionals) have a thermometer that can measure how hot the switch is. A general home inspector rule is that if the switch reaches above 130 degrees F or shows signs of burning/arcing, then there is an issue that needs evaluating.

Choosing a Dimmer Switch That Doesn’t Get Hot

For safety and energy efficiency, lights need to be related for use with Compact Fluorescent Lamp (CFL).  In addition, the bulbs need to be Light-Emitting Diode (LED).  CFL dimmable switches are safer and not a fire hazard. Make sure that the dimmer switch doesn’t get hot by using a switch that is compatible with the wattage.

Rotary– looks like a circle and turns to turn the light on or off and at varying degrees of light.

Toggle– has a bar that slides up and down on it vertically, adjusting the light

Tap– LED bulbs use this type of switch

Scene selector– has several buttons and you choose the lighting level

If this is a brand new switch and electrical box for the wall, think about the following:

Metal Box Should Be Grounded

When dealing with outlets, the metal box must be grounded. This is important so that if there is a surge in the home, a fire does not start.  Here is some great information about making sure the metal box is grounded.  If it is not, you will need to call a professional.

The drywall can hold any weight with the right type of anchors or bolts.  However, before you drill in the drywall, you need to know where the studs are.

Importantly, using a stud finder will help you do this. You can’t drill into a hollow wall to hang the switch, as there must be a stud (board) on the other side that the screw can go into.

This means going to the breaker and flipping the switch for the areas you will be in.  You DO NOT want to have the power on as electrocution can happen.  While you are there, check to make sure your circuit breaker box is not a recalled Challenger GFCI Breaker.  Unfortunately, if you do have this, the outlet won’t work and you need to stop at this step and contact a professional.

Also, check that you don’t have an FPE Panel (if the home was built between the 1950s and 1980s.) as these panels can stay in the “on” position and jam or not work at all.  So if you find you have one of these panels, stop at this step and contact a professional right away, as they are a fire hazard.

Furthermore, if you don’t have the recalled Challenger GFCI Breaker or FPE Panel, continue with the steps below.

3. Take the cover off the outlet and test the wires with a voltage detector.  Once you know that you don’t have electricity, you can proceed safely.

4. Follow the manufacturer’s instructions and disconnect the wires and reattach them to the dimmer switch and put the wires in the electrical box.

5. Also, the dimmer plate should have a place to put in a screw.  Screw it in and put the cover plate on.

7. Try the dimmer switch and see if it works.  If not, try to troubleshoot or contact a professional for help.

8. Remember to check the wattage of the bulbs. Also, ensure the switch is not carrying more wattage than what is on the dimmer plate.

When to Call a Professional When the Dimmer Switch Gets Hot

Call a professional if you are having a hard time with electrical issues, hooking up the dimmer switch, find that you have a recalled Challenger GFCI breaker, FPE panel, or questions about the wattage.

Dimmer switches are aesthetically pleasing, can save energy, and help with the ambiance in a home.  However, you need to be careful of the total wattage and check it is within the limits listed under the cover plate.

Also, the dimmer switches may be difficult to install if you aren’t sure what you are doing.  If you need help, reach out and contact us!  Do you have dimmer switches and like them?  What is your favorite style?  We look forward to hearing from you!

How To Keep Screened In Porch Warm In Winter

How To Clean Skylights

Why Is My Refrigerator Making Noise